This year’s festival theme is ‘Strangers Transcending Borders’. 2022 marks many historical and cultural anniversaries — including the centenary of the Irish Civil War and the death of Michael Collins and the 50th anniversary of Bloody Sunday. In recognition of these milestones, this year’s festival invites creative provocations that reflect ideas of reconciliation, the removal of barriers and coming together as one. Here’s what’s on and when….

This programme of solo classical guitar music explores the ways in which we transcend borders through music. Featuring Eleanor Kelly — an award winning local classical guitarist and Liverpool Hope University graduate who has extensive experience as a performer, with recent engagements including Kings Place, London.

Born of the Manchester creative melting pot, Buffalo Brothers is a band that has quickly earned a reputation in its local stomping grounds for energetically executing explosive live sets of breathtakingly raw funk creations. A favourite of BBC Radio 6 Music and BBC Radio 2, Buffalo Brothers bring you a night of exciting funk supported by riot-jazz-dark-funk-groove-punk band formed at Liverpool Hope University, Sweet Beans.

SynBia is a live performance work realised through the interaction and collaboration between various expressive mediums: digital sound and visuals, acoustic musical instruments, and motion capture of a dance performance. These mediums are presented not as distinct artistic expressions complementing each other, but as an amalgamation of cultural disciplines within an obligate interdependent system.

This concert features compositions by Liverpool Hope students. The performers are a mixture of Hope’s Music staff, students and professional musicians drawn from IMMIX ensemble and St Helens Sinfonietta. The compositions have been specially written for the Angel Field Festival and workshopped by the performers with the composers.

Trails is an evening of extracts from the trilogy inspired by the work of landscape painter JMW Turner (1775 -1851) and created by Dora Frankel and composer Peter Coyte, with costumes by Kate Collins. The trilogy comprises The Unfolding Sky: Turner in the North 2013, Figures in a Floating Landscape 2019 and Tread Lightly on the Planet. Dance and electronic music are fused in these works, performed by dancers Luca Braccia, Livia Massarelli and Zara Sands.

An exclusive UK sneak-peek screening of a documentary project that tells the story of Hurricane Maria in Puerto Rico and the fires in Santa Rosa, California. Two-near simultaneous climate-related disasters in the fall of 2017, through the voices of LGBTQ people who lived through them and were part of the community response. The film explores the vulnerability of LGBTQ communities to climate disasters and also lifts up queer and trans strategies for resilience, transition, and survival.

Asylum Monologues is a rehearsed reading of interwoven first-hand accounts of people’s experiences of seeking refuge and the UK’s asylum system. Read by actors and performers, the reading offers a unique insight of the experiences and perspectives of refugees. The reading will be followed by a Q&A Panel Discussion.

In the days before Britain had been named, they were the first to set foot on the island. Sisters. Refugees. Shipwrecked and storm-weary. On the hunt for a home of their own. A land where they could live free. Fusing medieval poetry and contemporary spoken-word, Queens Of Albion re-dreams our island’s story for an age of identity anxiety and falling statues.

To celebrate St Patrick’s Day, Liverpool Hope University Drama and Theatre Studies students and members of the community are presenting two one act plays with an Irish theme: Firstly, On Common Ground — a piece of thought provoking theatre, addressing the politics, interrelationships and conditions of life in care. Secondly, Riders To The Sea — exploring the tragic power of the sea on island communities on the West Coast of Ireland.

The Wind That Shakes The Barley / Thurs 17th March, 7.30pm / The Cornerstone Theatre

The Wind That Shakes the Barley is a 2006 war drama film directed by Ken Loach, set during the Irish War of Independence (1919–1921) and the Irish Civil War (1922–1923). Written by long-time Loach collaborator Paul Laverty, this drama tells the fictional story of two County Cork brothers, Damien O’Donovan (Cillian Murphy) and Teddy O’Donovan (Pádraic Delaney), who join the Irish Republican Army to fight for Irish independence from the United Kingdom.

Sheep is the ninth show from multi award-winning theatre company Naughty Corner Productions. After the show received a sell-out debut run and rave reviews in Liverpool last October, it returns to blow audiences away this March. Five friends take a trip to the Lake District to relive their booze and drug-fuelled university days and to escape from their banal and disappointing lives.

Nick James is a UK based male singer songwriter with an original Motown and Pop sound. One of the Principal Singers in the West End show Thriller Live, this show has taken him all over the world including Dubai and Kuwait. He has also recently starred in an ITV singing show (Starstruck) due to be aired in February 2022 where he made the finals and is currently part of theatre show All Singing All Swinging starring Ray Quinn and Shane Richie Jr, which tours around the UK reliving the era of the Ratpack. 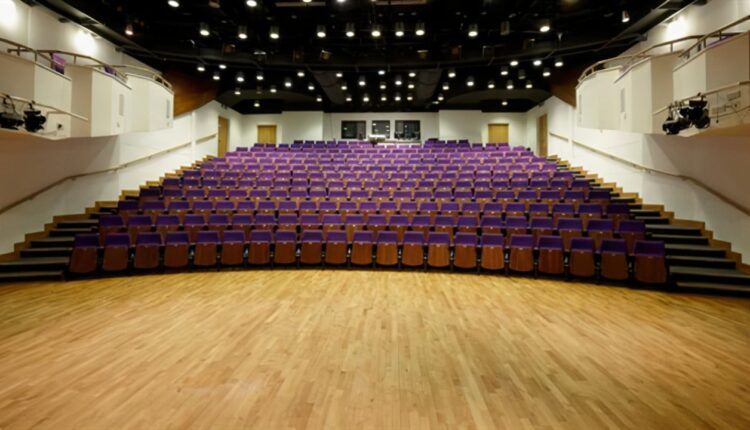 Angel Field Festival promises to be an 8 day extravaganza featuring a diverse and exciting line up of music, art, performance, film, workshops and discussion. Tickets are available from TicketQuarter — with some events free admission and others just £10, representing fantastic value.

Check out the festival on The Capstone Theatre website HERE!