In this feature we check out Lark Lane’s cool vegan diner, Planet Vegan. Revolutionising vegan eateries and showing people that being vegan or veggie doesn’t have to be boring, the restaurant and takeaway has become a huge hit since opening last year and has converted many meat eaters…. 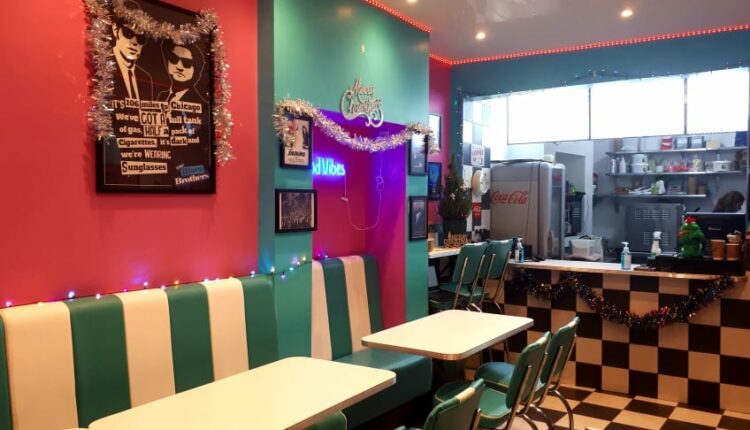 A cool American diner opened earlier this year, Planet Vegan is all about making vegan food fun and even nicer than the non-vegan alternatives. Open Weds and Thurs (4pm-9pm), Fri and Sat (1pm-9pm) and Sun (1pm-7.30pm), it has become extremely popular for both dine in and delivery — amongst vegans, veggies and carnivores alike! 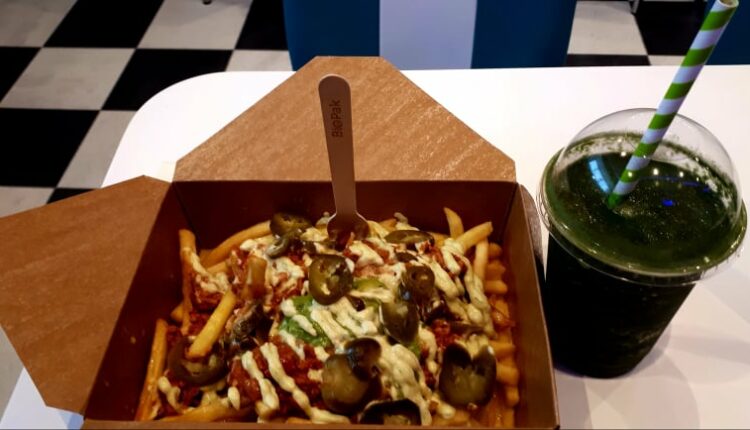 Planet Vegan is owned by Chris and Germaine McMichael, who also own Liverpool’s first ever vegan restaurant — Veggie Republic. After their daughter decided to become vegan at the age of 5, the couple also converted and ever since have been on a mission to change the way people think about eating — benefitting animals, the planet and people’s health. 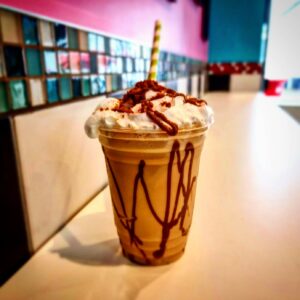 What’s on the menu?

The Planet Vegan menu is oozing with exciting options! The extensive menu includes burgers, burritos, dirty fries, mac n cheese, waffles, subs, dogs, salad bowls, shakes, snow cones, smoothies and loads more! Whether you’re looking for a fun and relaxed American diner experience on Lark Lane or a delivery — there are so many gorgeous things to choose from! 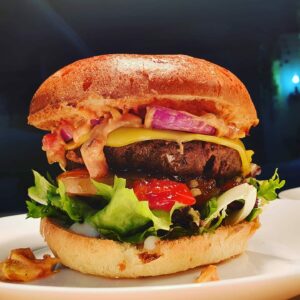 We visited on a Wednesday and sampled some of the delights on offer. Firstly, we tried the the incredible ‘Bacon’ Double ‘Cheese’ burger followed by the Mac N ‘Cheese’ made with their secret ingredients. We then tried the Ranch Fries and Chocolate ‘Milk’ Shake and let us tell you — all were absolutely gorgeous, full of flavour and even nicer than the non vegan versions. Even if you’re a meat eater — you’ll love this food! 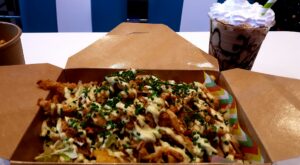 Why we love Planet Vegan….

Here at La Vida Liverpool, we’re love Planet Vegan — a super cool American diner that breaks the stigmas about vegan food and proves that being vegan or veggie doesn’t have to be boring! We love their food — flavoursome, fun and exciting — and love the things that Chris and Germaine are doing to revolutionise the way people think about eating. A must visit and if you’re a meat eater you’ll be thoroughly surprised!