BOSS TIMES IN THE BALTIC TRIANGLE!

Here at La Vida Liverpool, we probably don’t get out and about as much as we should so we decided to get in the Lavidaliverpoolmobile and hit the Baltic Triangle on Saturday to check out everything that was going on — and it was booming! Liverpool’s creative and party district was buzzing with activity and with so many events to choose from, the Baltic Triangle became like the Bermuda Triangle as it was easy to get lost in the madness! 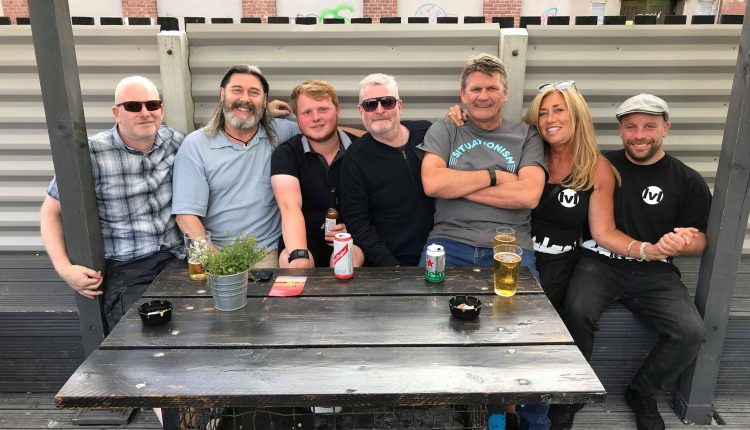 Our first stop was YARD to see some friends. We joined Desa (of Bassheads fame), Dave and Joe Heath (Rotation), legendary DJ Steve Proctor and Jimmy Allen (Four To The Floor and Liverpool Disco Festival). We chilled out and chatted in the sun whilst the master of disco, Derek Kaye, brought a bit of funk to the outdoor space off New Bird Street. 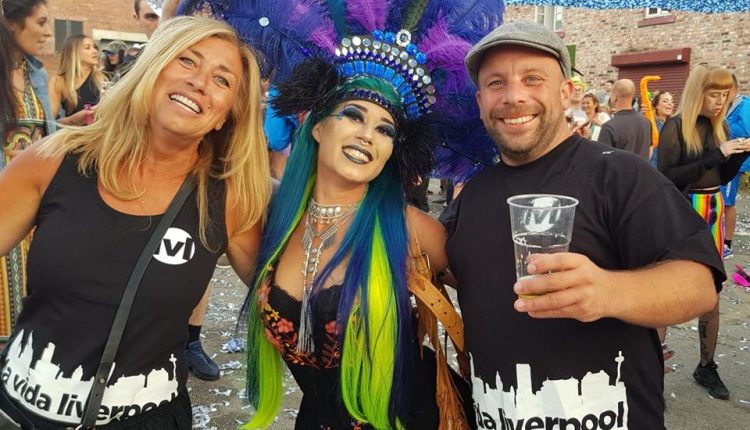 Following a great catch up with our cool friends, we headed on down to Freedom 2 Street Party. This amazing event was a daytime car park rave off Blundell Street followed by a night time party at the new underground nightclub, Wav. Freedom 2 Party and Streetlife had come together for this to put on a very special event with a fantastic line up featuring the likes of Sammy La Roche, Duane, Back Of The Knee, Aaron Noon, Toni, Feral State and Lee Bullock. 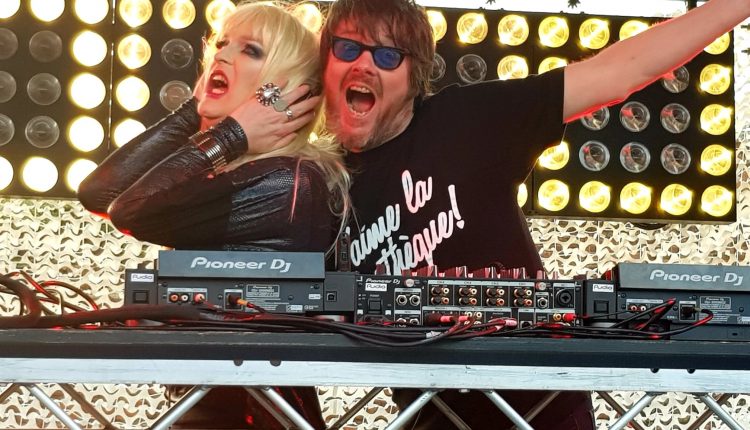 When we got there it was a colourful fiesta full of good energy and love. We caught up with our friends from The Peace Movement such as Adam Stanley, David O’Keefe and the homeless hero, Brian, and others such as the lads from Feral State. We also got the chance to meet people we only knew through Facebook previously, such as clubbing legend Gaz Rowley-Jones. With the party in full flow and the sun beating down, we witnessed spectacular sets from Andy Carroll, Jon Pleased Wimmin and Sean Finn. What a line up and what a party! 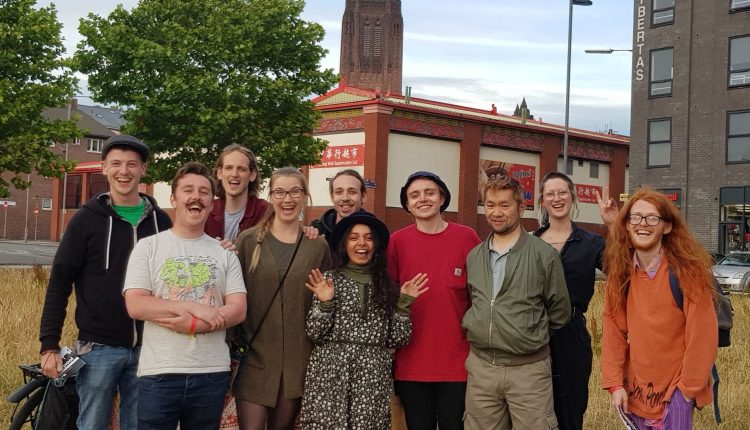 After that we bumped into a cool group called Busk With Us (formerly Our Neck Of The Woods). These guys are a fun loving busking community and were jamming on the grassy area off Jamaica Street. Such great vibes going on from these guys and a pleasure to meet them and hear them play on a fine summer’s day. We then ambled over to see the guys at Melodic Distraction — the exciting underground radio station that feature live steams and great sounds. We naturally had to get the standard photo with the angel wings! 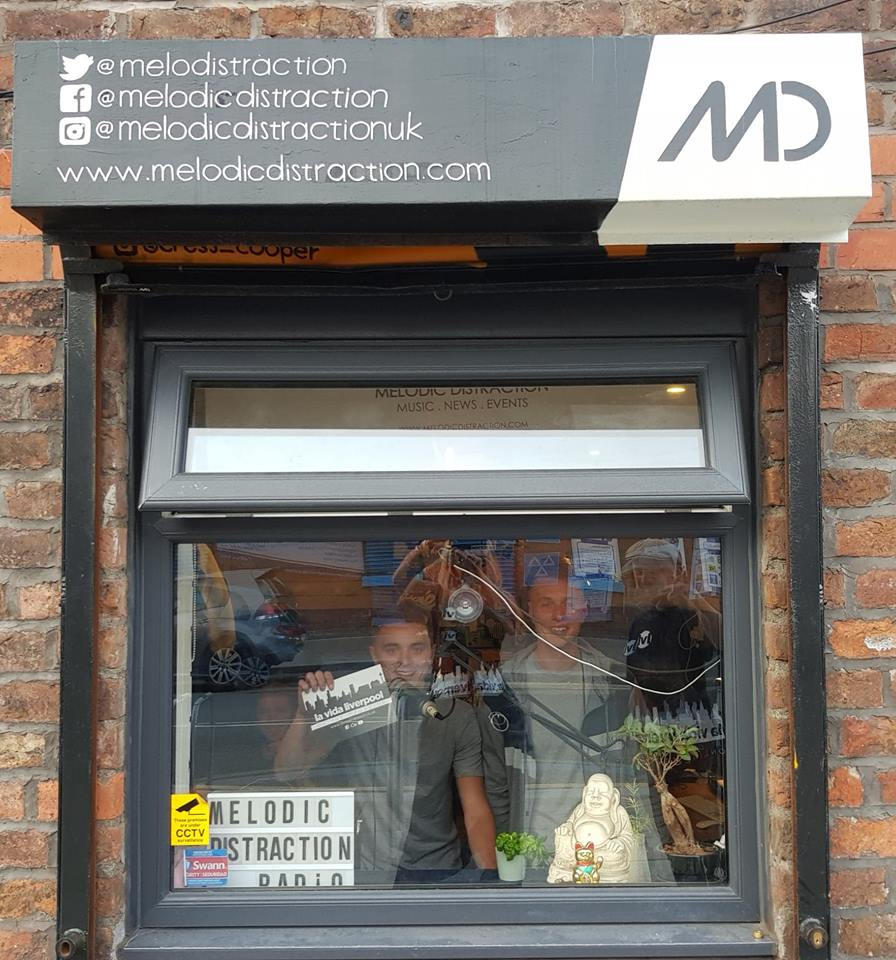 It sounded really happening at District but we didn’t have time to check out everywhere. Instead we went back to see our friends at YARD, where Pooky had taken over from Derek Kaye after his 4 hour set. We bumped into the charismatic DJ, Sean Hughes, with his girlfriend Lisa and their crew — he had been smashing it all afternoon at Camp and Furnace for their Tainted Love 80s party that had hundreds attending! 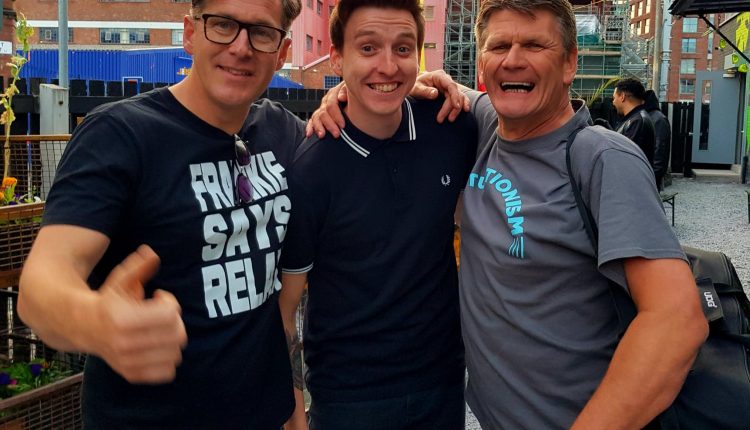 After a few hours of fun we returned home and boy what a great adventure it was! We caught up with so many cool friends and that day reminded us of how lively and exciting the Baltic Triangle district is. There were so many boss events going on and an abundance of musical talent in every venue and on every street. We’re so lucky to have all this in our vibrant city — see you guys out and about soon! 🙂

LIVERPOOL JAZZ CLUB: ONE OF THE BEST KEPT SECRETS IN THE CITY!

ANOTHER MASTERCLASS FROM NEIL CAMPBELL & CO!

TECHNO EVENT & UFC IN THE BALTIC TRIANGLE THIS JULY!