We recently had the privilege of seeing local music legend Mark Sebastian D’Lacey perform live at The Philharmonic Dining Rooms for one of his sell out pre-Christmas gigs. The Liverpool gigs saw Mark perform purely his own material and we were not disappointed, as he graced us with glorious guitar riffs and a beauty, sincerity and depth in his voice that has endeared him to many during his epic career. 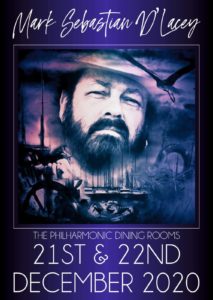 Mark showed us what a natural performer he is, taking us on an emotional and poetic journey, and it was a thoroughly enjoyable evening of entertainment. We caught up with Mark following the gig to find out more about his career and his plans for the future. With over 40 years as a solo artist, band member, songwriter, producer, actor, screenwriter and poet, there was lots to talk about….

LVL: So for those who don’t know, who is Mark Sebastian D’Lacey and what have you done in your career?

Mark: Oh wow! How long have you got? It’s so difficult to summarise it all. Ok I first started out in a band called The Nobodies when I was 13 years old and toured Europe — that really opened my eyes as a kid and was the start of my music career. I’ve since been in many bands and have had Top 100 chart hits and played all over the world.

As a solo artist I have toured Europe, America, Australia, New Zealand and Africa, with lots of success as a popular Sinatra tribute. I was scouted to be a backing vocals support act for Kid Creole and have performed everywhere with them. It’s been amazing journey with Kid Creole and it was surreal to have the likes of The Stranglers and Human League supporting us.

I’ve been very fortunate to have performed with the likes of Alexander O’Neil, Chic and Beyonce and at venues such as the Royal Albert Hall and in Nashville. I’ve been hired as a songwriter to create top hits in Italy for a band called The Cassidy Family and at one point I lived in New York for two years, working with the likes of Bruce Springsteen, Barbara Streisland, Blondie and Bon Jovi. I’ve also worked with Danny Taylor over the years to write musicals for the West End. I was also once a resident at a club owned by Johnny Depp and John Malkovich.

Producing is something I’ve got into more and more and I work closely with Pauline Daniels. This has led to me set up a recording studio and record label recently. As an actor I’ve played many roles but my most successful was that of a priest in a theatre production by Scott Murphy called Closing Time that sold out at the Edinburgh Fringe Festival. I’ve been playing around with screenwriting too and my latest concept is in pre production with Channel 4. And that isn’t even the half of it haha! 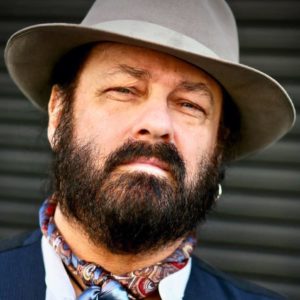 LVL: So what have you been up to recently? It’s been a tough year for performers and entertainers hasn’t it?

Mark: Yeah it’s been a really tough year for the entertainment industry and the government has thrown us under a bus. It’s been very sad to see the whole industry and people’s livelihoods get destroyed but also refreshing to see creatives and performers adapt. People can be very resilient and we’ve all supported each other.

I’ve been lucky because I have had other things to turn to. I’m a Producer too so I’ve set up a new music studio and record label called Fleur De Lis. I’ve also formed an exciting new band that I’ll tell you about shortly. I think it’s important to adapt and always plan for the future. 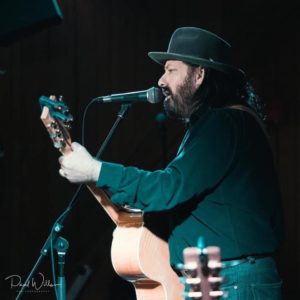 LVL: What were these gigs all about?

Mark: We haven’t been able to gig much this year therefore my main source of income has been taken away, so as soon as there was a little window before another lockdown I jumped on it. It was great to secure a gig at such an iconic venue and even better to be able to perform my own stuff instead of covers.

I’m a very diverse performer and can perform anything from swing to cabaret to blue to jazz to funk to rock to pop, so I’m often hired to perform covers at a range of venues and events. But over the years I’ve amassed thousands of my own songs and it was amazing to finally perform them exclusively — including a couple from the new band. 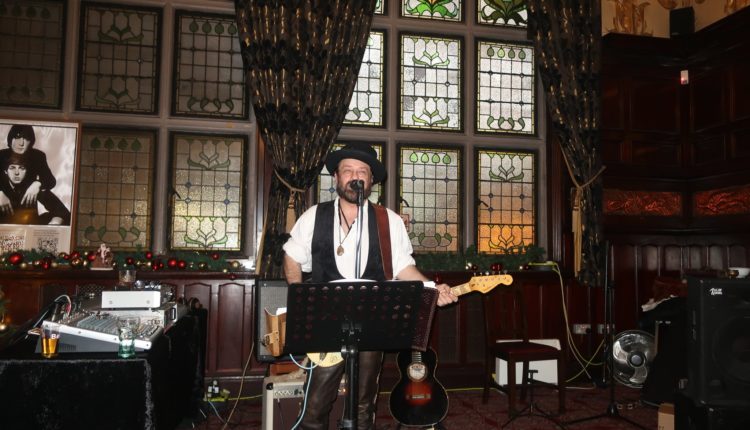 LVL: Ok so what’s this new band all about then? Tell us more!

Mark: Sebastian & The Poor Valley Marauders is a musical and theatrical collective I’ve put together featuring 11 local actors, fire dancers, vocalists, keyboard players, a drummer, a bass player, percussion and a guitarist. We’re going to perform original gospel, soul, country, cajun and blues as part of a live show that takes the audience on a journey, much like a musical.

It’s basically going to be an all singing all dancing extravaganza with fire dancing, rope climbing and more — with a fascinating and engaging storyline. We’re preparing for our first show/album and I’m really excited about some of the songs that we’re going to release — the debut single, The Beau From New Orleans, is very country and I think it could be big in the US. We’re having a documentary made about us and we’re looking at April 2021 to release the first single then have our first live show as soon as we’re able to. 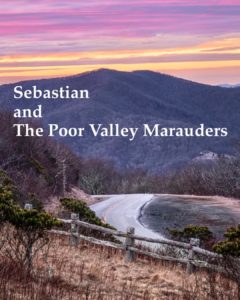 LVL: Who were/are your main inspirations as a musician and who would you be in a supergroup with?

Mark: I’m a very versatile musician and perform over many genres so I have many influences. Obviously I was a Sinatra tribute act for years so definitely Sinatra. But also the likes of Prince, Elvis, Keith Richards, Miles Davis, Billy Joel, Tom Waites, Leonard Cohen and Bowie’s The Band. To name just a few.

If I had to create a supergroup with me in it I’d be on guitar alongside Keith Richards with Bowie as the frontman. I’d have Miles Davis on trumpet and Colin from our new band on drums. Our new band is going to be amazing, let me tell you, and possibly the best band I’ve ever been involved in. The talent is unbelievable. 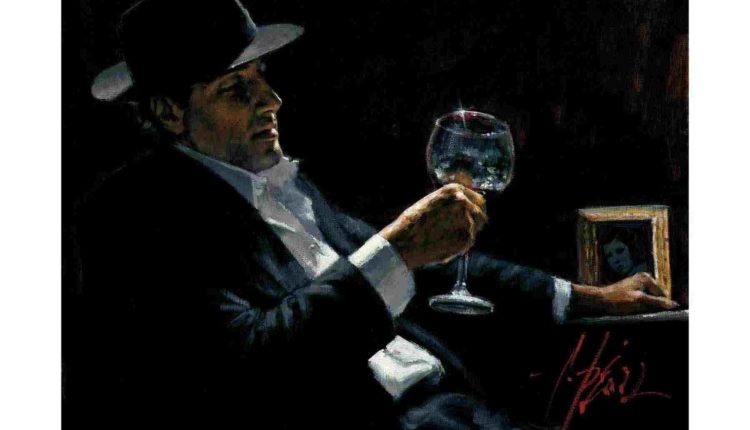 LVL: What other projects have you got going on and what are your plans for the future?

Mark: Obviously I can’t wait to get back into gigging again as that has been my main source of income but I’m really optimistic about Sebastian & The Poor Marauders and what we can do. We’re looking at a debut single and album this year and then hopefully loads of shows in the UK, the US and all over the world.

There’s also Fleur De Lis recording studio and record label and I’m starting to look for talent to recruit and work with. I’m excited about my screenplay and pre production talks with Channel 4 and I’m also working with Danny Taylor on exciting new Romeo Juliet and Angels With Dirty Faces musicals. So yeah, loads of exciting plans despite the situation.