RAPPER WITH RARE LIVER DISEASE RELEASES ALBUM ABOUT HIS JOURNEY

Wirral rapper, Mikey Marvz, has released a new 12 track album about his battle with a rare liver disease. Featuring tracks such as ‘Float’, ‘Drifting Away’ and ‘X Marks The Spot’, The Illness Anthology tells the story of a year of suffering and pain as he waits patiently for a liver transplant — something that has been delayed due to the pandemic.

Mikey’s story starts when he began getting sick at 3 years of age. Following many inspections from doctors all over the world, he was finally diagnosed with a rare liver disease called sclerosing cholangitis and became the 16th person in medical history to be diagnosed with the disease. With the prognosis looking bleak, doctors told his parents to say goodbye to their son.

In a beautiful and miraculous twist of fate, Mikey received a new liver from a donor and this was expected to give him 10 years of good health — yet it has managed to serve him for an amazing 26 years! Now 29 years old, Mikey began to get sick again in October 2020 — plunging him into a desperate situation once again. 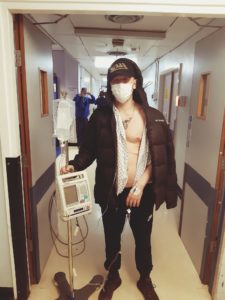 Mikey told us: “I am eternally grateful to my original donor and without them I would’ve died as a young child. It was one of the most successful operations of its time. Everything since then has been a gift and I really appreciate life. I actually wrote a song about my original donor entitled ‘The Smoker’s Club’ that was featured on my debut album, The Incredible Pain.”

He continued: “I released my debut album in September 2020 and everything was going great. I had my tracks played on BBC Radio Merseyside and nationally on London TV, and also had a clothing sponsorship deal. But then in October 2020 my worst nightmare came true and I started getting sick again. Since then I’ve been in agonizing pain as I wait for a new donor.” 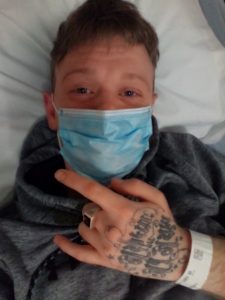 Mikey was admitted to hospital in November 2020 and was told he was in the final stages of septicaemia. He began getting constant pins and needles as his heart began shutting down parts of his body. Close to death, it was discovered that he had two abscesses on his liver and hepatic artery thrombosis, a chronic liver disease that starves the liver of oxygen. 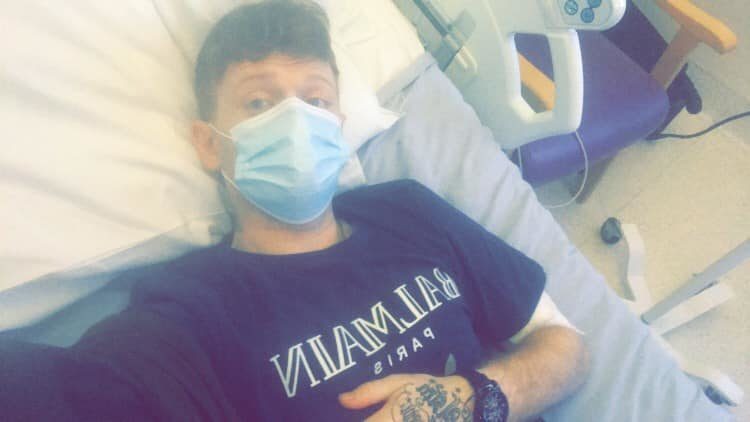 Since this tragic revelation, Mikey has been on immunosuppressive drugs in order to control the infections, however he has been told that one day an infection will ultimately kill him. He has also since been diagnosed with pulmonary embolism, causing him chest pains. Hanging on for dear life, Mikey is awaiting a new donor whilst the list is currently suspended due to the effects of the pandemic. 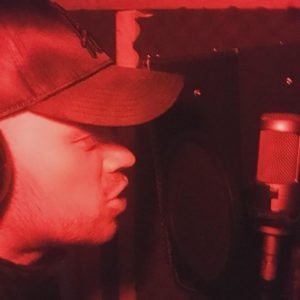 Mikey said: “Of all the kids who got this liver disease in the 80s and 90s, I am the only one who has survived. I am a fighter and will stay strong no matter what, but life since last October has been a living hell. I’m on all sorts of drugs and the chest pains get me very worried. The truth is I don’t know when I’ll get another transplant and I don’t know how long I’ve got. All I can do is keep a strong mind and hope the drugs keep things under control.”

Despite being very ill, Mikey has managed to record a new album during lockdown about his suffering called The Illness EP. Using music as his form of expression and escape, the new 12 track album is a heartfelt and powerful creation that comes from the bottom of his heart — detailing his battle during the past 7 months. 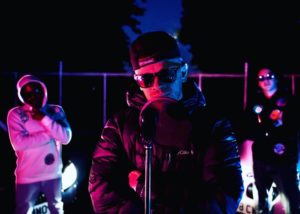 Mikey told us: “Putting this album together whilst being ill has been very difficult but at the same time it’s been what’s getting me through it. I’ve had a really hard time mentally and have been to some really dark places but I am determined to survive and plans for the album and my music career has kept me going.”

He continued: “The lead single from the album is called ‘Floats’ and it’s about me feeling like I’m floating through life not fitting into society whilst I’m waiting for my transplant. Another track, ‘Ocean’, is about what life would be like if I was better and another one, ‘Drifting Away’, represents some of the dark and lonely nights drifting off to sleep worrying about my situation.”

Mikey’s new album has been released on all major platforms, along with music videos of the singles ‘Floats’ and ‘Broken’. Mikey hopes that his music can not only help him through these dark times but also help others going through their own personal battles — proving that music can indeed save people.

Mikey summarised: “I should’ve been dead when I was 3 years old but I am a fighter and believe that the power of the mind can get you through and miracles do exist. I am determined to fight this new battle and my music is a huge part of this. I hope that whoever listens to this new album will find it inspiring and that hopefully it will help people who are going through a similar difficult situation.”