FROM SELF DESTRUCTION TO YOUTH WORK: MY JOURNEY OF SELF DISCOVERY!

Leigh Foley’s journey of self discovery is one that is both inspiring and incredible. Following years of self destruction and alcohol and drug abuse, Leigh completely transformed his life and now works mentoring youths who have been in foster care — ensuring they don’t follow the same path that he did.

Leigh himself knows what it’s like to have a challenging upbringing — having lived in a hostel from the age of 12 years old. When his parents split up, Leigh spent time living in a hostel and ultimately turned to drink, drugs and crime as a teenager.

Leigh told us: “As a teenager I turned to drink and drugs and got into crime. Looking back on this I now know it was a coping mechanism for childhood trauma when the truth of the matter was that I used to cry myself to sleep sometimes. Not having support and guidance as a young person makes me understand the value of it today and that’s why I got involved in youth work.” 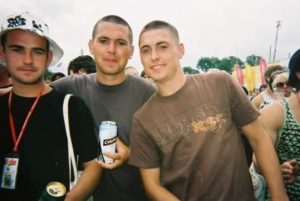 Leigh got his own place when he was 18 but his misguided youth led to him being in and out of jobs and he descended further into a life of drink and drugs. Three day binges and taking a cocktail of different drugs resulted in him often having suicidal thoughts — with the root of his suffering and problems never being addressed.

Leigh said: “When I became an adult things got much worse. I’d take cocaine, pills, ketamine and even crack cocaine on a few occasions. I’d party all weekend and developed a £400 a week habit. To others I was the life and soul of the party and a good laugh but deep down I had suicidal thoughts and would sometimes pray at night for something to save me from that life.” 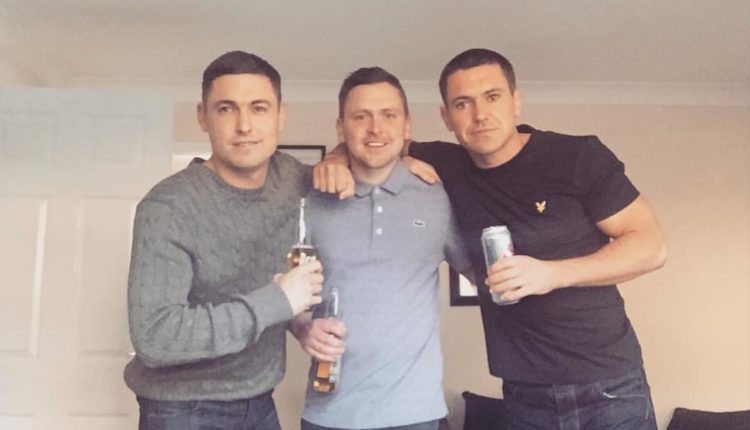 Leigh continued to spend his adult life drinking and taking drugs regularly, working in jobs he didn’t enjoy in order to fund his lifestyle. When he split with his partner at the age of 29 and his mother died a month later, he hit a new low and the suicidal thoughts were stronger than ever. He knew that at this point he had to do something to save himself before he committed suicide of killed himself through drink or drugs.

Leigh told us: “Seeing how my Mum died from drink made me realise I had to do something about it before it was too late for me too. I saw how my friend Lewis Powell turned his life around with spirituality and using kambo — a South American cleansing treatment — and decided to explore these things. Lewis has gone on to be a Master Kambo Practitioner and set up a wellbeing centre called Inner Guru.”

He continued: “I was inspired by Lewis’ transformation and using kambo helped me to flush out the toxins and I started to delve into my childhood traumas and the deep rooted reasons behind my destructive behaviours. I embarked on a big fitness journey too and started running marathons and boxing. I wasn’t completely free from that life though and often would fall back into the bad habits.” 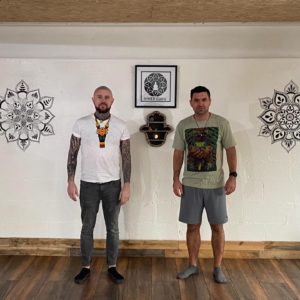 Leigh continued to battle with drink and drugs before making the biggest changes in 2020. Leigh focused more than ever on fitness — running marathons for charity, boxing and circuit training — and made healthy eating a way of life, as well as meditation. He became a qualified kambo practitioner and developed daily routines to keep himself on track.

He explained: “I came to realise that transforming yourself takes constant effort every single day. I realised that drink is my master and the destructive way of life is always there doing press ups at the end of your bed waiting for you to slip up. It’s a constant battle — you can’t just make a change and that’s it, you need to work on your new life every single hour of every single day.” 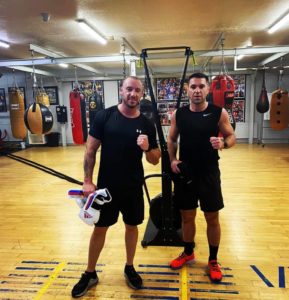 Leigh’s constant and prolonged efforts have led to an incredible transformation and he has now realised his dream of a career in youth work — helping mentor and guide young people who have come out of foster care. Leigh works with 16-18 year olds and helps prepare them for adult life — giving them the tools required to make a life for themselves after a challenging childhood.

Leigh told us: “I know what it’s like to be a troubled young person and if I had the right guidance and support I perhaps wouldn’t have made the same mistakes. I think also that if someone in a suit tries to lecture young people they probably won’t listen but because I’m very down to earth and have had the life experiences they respect me for having been there myself.” 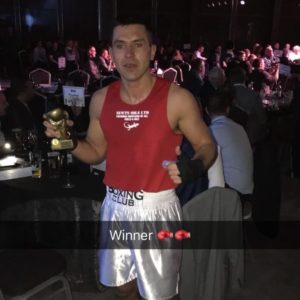 Leigh’s work with young people is having great results and he is already excelling in his new career. Sometimes we have to go down a dark path in order to find ourselves and realise our true calling in life and when we can give something back following our difficult life experience it becomes a truly beautiful thing indeed.

MY EXPERIENCE WITH KAMBO

THE WOMAN WHO WANTS MINDFULNESS, MEDITATION & YOGA IN SCHOOLS